“Organizations that act swiftly when there is a critical incident send a message to employees and their families that they are cared for, supported and have help.”

Trauma: It is inevitable

Critical incidents can include:

Several types of interventions send the message to your workers that they are supported, there is education and there are resources for continuing care. It comes in four forms:

Meeting the needs of your employee group

This is not a “one size fits all” service. Guided by my extensive training, which has been fortified by certification in trauma response by Johns Hopkins, I have provided successful interventions to first responders, federal agencies, companies, hospital workers and first responders that are designed to: 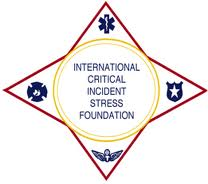 Join me on social media as I inspire thousands to destigmatize mental health challenges!

Inspire them and inspire yourself